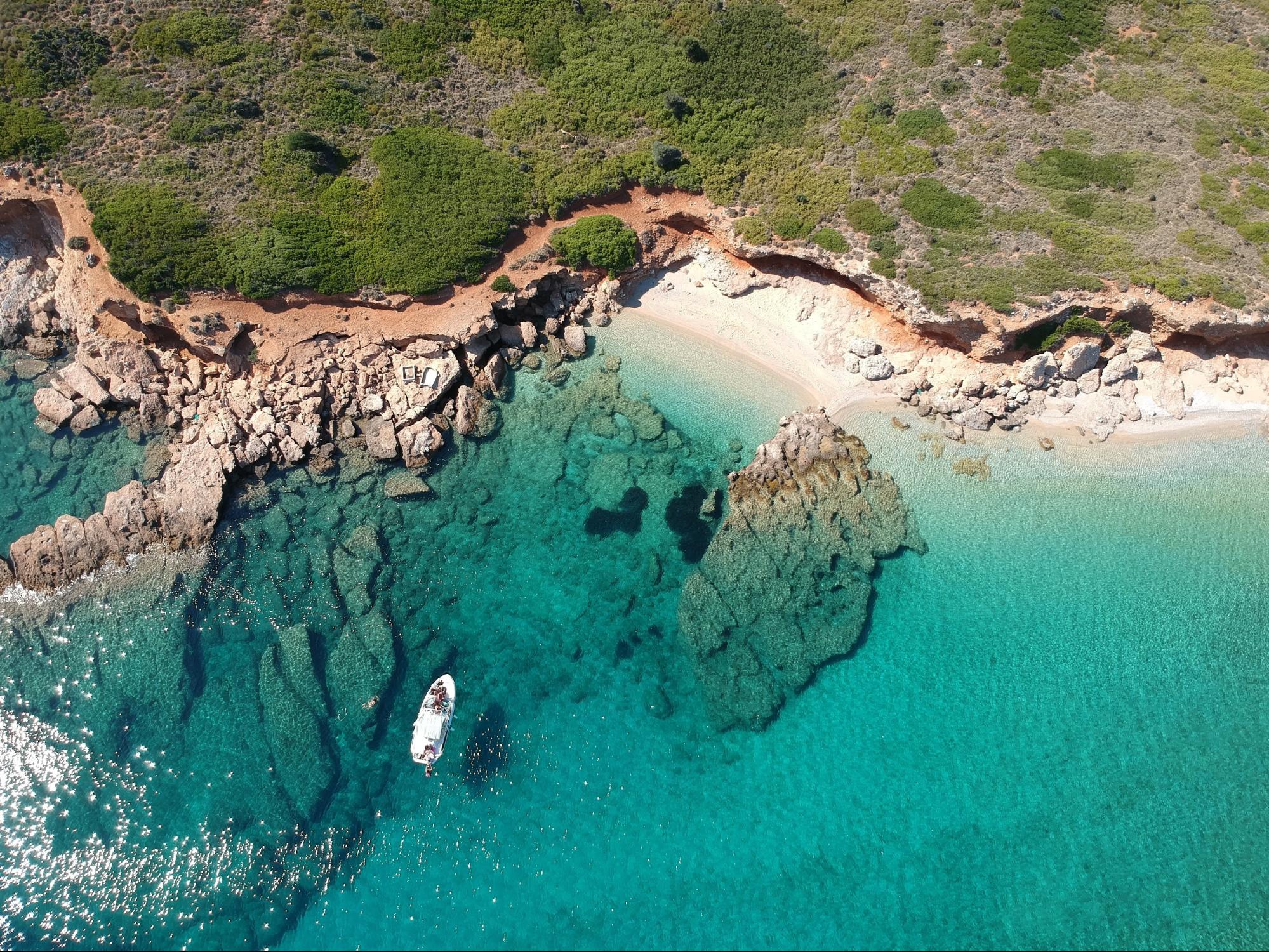 Posted at 17:36h in news by Theo Katopodis 0 Comments

A few weeks ago, I happened to be abroad for work. I was working in a public space, and I had some photographs on the table. A random guy walked by, we chatted a bit about what I was working on and where I was from and then, upon looking at the photos again, he said:

– Wow, there are so many different types of beaches in Greece
– Well, that is true, but these beaches are only from the North part of Kefalonia.

The plethora of beaches and landscape diversity is only one of the reasons that make the Ionian Islands remarkable. 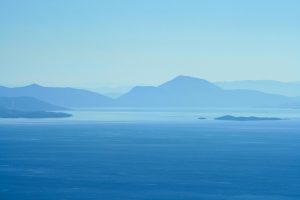 Traditionally called the Heptanese, i.e., “the Seven Islands,” the Ionian Islands are part of the western part of Greece. To list a few, the main seven islands, from North to South are, Kerkyra (Κέρκυρα), Paxi (Παξοί), Lefkada (Λευκάδα), Ithaki (Ιθάκη), Kefalonia (Κεφαλονιά), Zakynthos (Ζάκυνθος), and Kythira. (Κύθηρα). Besides the big seven islands, there are 22 more, including Kalamos, Meganisi, Antikythera, Othonoi, and Kastos.

About The Ionian Islands

The Ionian islands are rich in history, as they were settled as early as 900 to 1200 BC. Ithaca, in particular, was the island home of Odysseus (Ulysses). By the end of the 4th century BC, most of the islands were part of the Kingdom of Macedonia. During the time of the Roman and the Byzantine empire, the Ionian islands became part of each regime, respectively. Although the Ottomans conquered Constantinople in 1453, along with most of Byzantine Greece, the Ionian Islands were an exception. They became the only part of the Greek-speaking world that remained Ottoman-free and were part of the Republic of Venice. In 1797, Napoléon Bonaparte conquered Venice, and the Ionian islands fell under Fench rule – but not for too long. Two years later, the British defeated the French fleet and captured Kefalonia and Kythera; Lefkada was also captured a while after. Half a century later, the Greek national independence movement took place, but the islands remained under British control. That changed in 1864 when Britain gave the islands as a present for the enthronement of George I of Greece. The Ionian Islands were now Greek.

From sea level to the highest altitude, Pantokrator’s top in Corfu, at 906 meters (2,972ft), the Ionian islands are known for their overall beauty, temperate climate, deep seas, and lush vegetation. The islands combine mountains and the sea in a unique way. Apart from their physical beauty, all islands welcome everyone who wants to visit them, and the Ionians put a serious effort on their tourism industry. This effort is the reason why you will find excellent hotel accommodations, award-winning restaurants, interesting museums, sports infrastructures, and many cultural events.

However, if we had to be more specific, and name 7 reasons as to why should anyone visit the Ionian islands, which would they be?

The Ionian Islands – Best Of 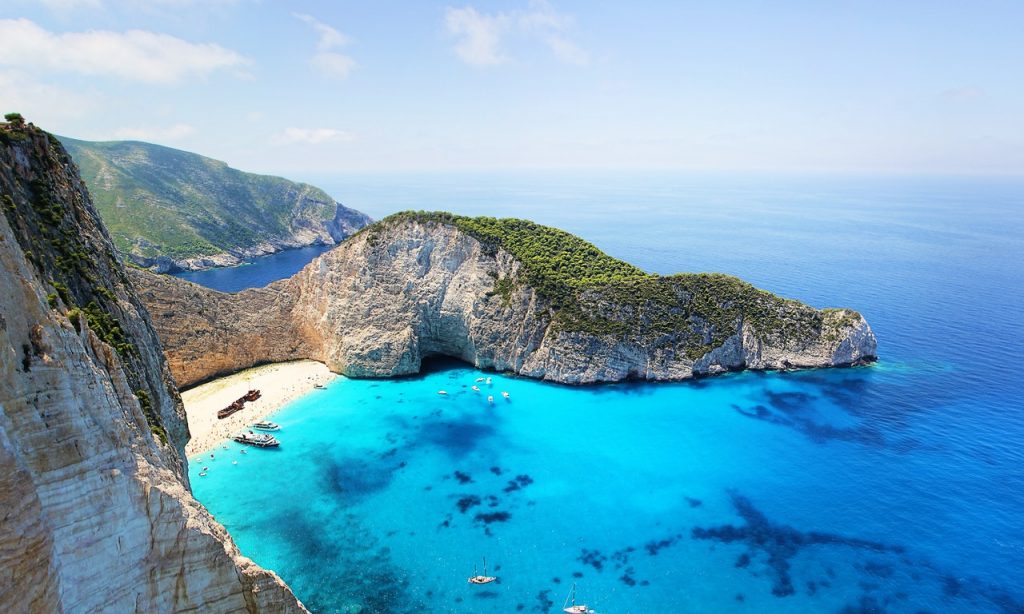 I couldn’t resist but start with an absolute classic. Interestingly enough, if you google for the term ‘Greece,’ it’s Shipwreck Bay that you will see the most, not the Parthenon. Shipwreck Bay has been one of the top tourist destinations for Greeks and Europeans alike. Since 2016, its beauty has also conquered the East, as it was featured in the most popular show of the year in Korea, the TV series ‘Descendants of the Sun’. For 2019, it’s on place #5, for Best Beaches in the World, according to Insider.

Shipwreck bay’s name comes from the washed-up wreck that is laying on its shores. The waters are so clean that you can see through many meters to the bottom. For a more relaxing experience, visit the beach on the sunrise, when it’s not too crowded. If you are looking for more intense moments, the bay is an excellent spot for base jumpers and wingsuits around the world who visit Zakynthos for an adrenaline rush. 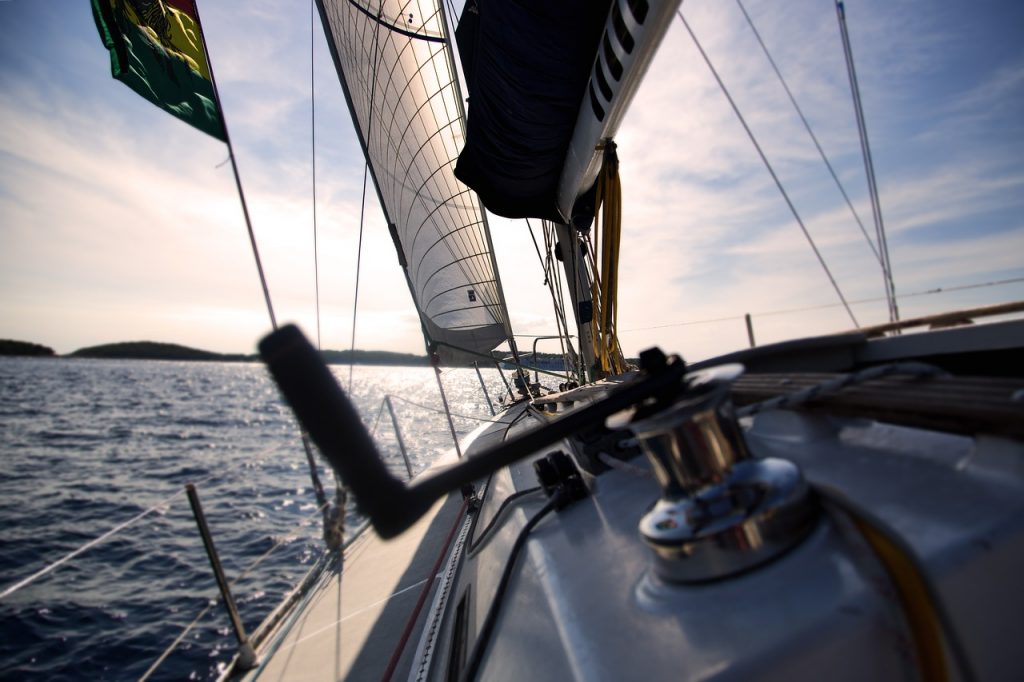 Compared to New Zealand, Zanzibar, Thailand, or other preferable sailing destinations, the Ionian Islands complex is different. Being in the Mediterranean means that the sea is calm most of the time. Also, the sailing distances are short, as well as line-of-sight navigation.

The Ionian islands let you travel at your own speed and enjoy all the obscure beaches and the light breeze. You have the chance to cruize between almost 30 islands real smooth. If you opt for the easiest cruises possible, you can sail at the east side of the islands. Navigating between the mainland and the east side of the islands, grants you protection from the possible strong westerlies. 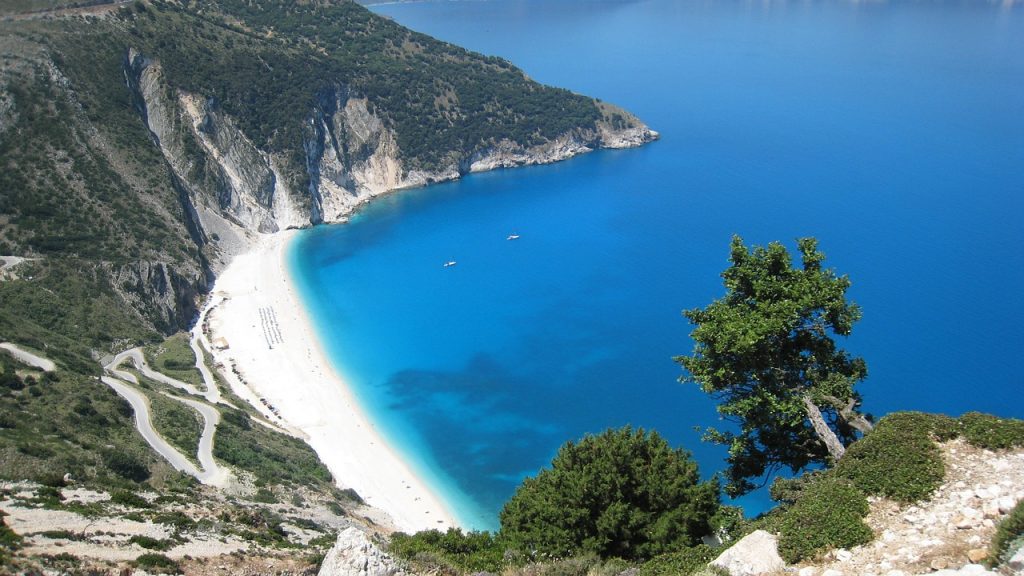 Another famous beach that should be on the top of your list. Myrtos, located in the north-west part of Kefalonia, features countless white pebbles and one terrific view. Myrtos has been voted numerous times as the best Greek beach, and you will find it at the top of many “Top beaches in the World” lists. Moreover, it’s been certified with the Blue Flag, a quality symbol awarded by the Foundation for Environmental Education on coasts and marinas that meet its strict criteria.

On Myrtos beach, during the summer, you will find a canteen, an umbrella, or a lounger to rent if you want. Keep in mind that due to the size and shape of the bay, the beach is not the most swimmer-friendly place you will find. You can’t miss out on this beach. Just don’t swim too far and always wear your sunscreen! 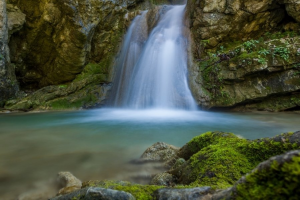 Nydri waterfalls, named after the town of Lefkada, Νydri, is one of these places where nature put an effort when it was made. A short hike will take you to a scenery which, if seen out of context, the viewer can’t realize that it belongs to the Greek landscape, let alone Lefkada. The thick foliage and the wildflowers compose an almost tropical atmosphere.

The impressive landscape spans over 12 meters, and the waters fall from the top to the cool pool. If you so wish, you can be one with the scenery, since you can dive in, in pure swim-anywhere-you-want Ionian islands fashion. Upon returning from the waterfalls, you can stop by the cafeteria nearby for some refreshments, under the cool palm trees. 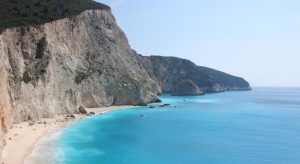 Its beauty comes at a price: 347 is the number of steps you will have to go down if you want to get to this majestic beach. Rounded pebbles, mesmerizing waters, breathtaking sunsets, located at the bottom of a concave pale cliff; the most popular beach of Lefkada is card postal (or selfie) material.

You can get there by car, and park in one of the two big parking places you will find there. Keep in mind that it gets pretty crowded during high season, which will make parking a lot harder.  But then again, you can go on a boat. Moor far out, stay in the boat or swim to the beach. Another reason for visiting early is the wind that usually appears in the afternoon, which you want to avoid. Despite what you may have heard about the earthquake in 2015, it hasn’t affected the beauty and experience of Porto Katsiki beach. 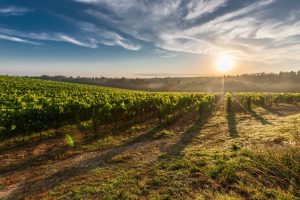 Wine and Greece is a relationship that dates many centuries back. Also known as enotourism, wine tourism is a booming industry that doesn’t concern the wine connoisseurs alone: wine, sometimes, is just the excuse! Visits to the wineries take place at or near the wine estates. Some wineries offer guest houses even, for a complete wine tourism experience. Upon visiting or staying in a wine estate, you will learn the history of the winery, learn how the particular wine is made, and, needless to say, taste all these wines.

Cephalonia, Lefkada, Corfu, Zakynthos are the Ionian islands you should be heading to if you are into enotourism. Cephalonia is where many PDO varieties are grown, such as Robola, Mavrodaphne, Muscat, Slopes, and Mantzavinata. In Lefkada, you will find PGI Lefkada wines, which, in their red form, are the only PDO or PGI wines in the Ionian Islands which contain non-native grape varieties. At the northernmost part of Corfu, you will find many tasty white varieties. However, for the famous PGI Verdea, you will have to go to Zakynthos. 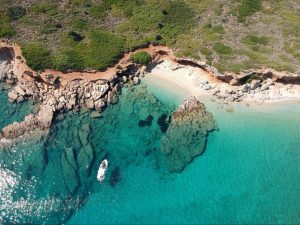 This last reason probably stands out. The Ionian Archipelago of Greece is an island complex and thanks to the proximity of the islands with one another, island hopping is an excellent way to live your holidays and part of your summer. From Corfu to Paxos, from Paxos to Lefkada, from Lefkada to Ithaca, from Ithaca to Kefalonia, and from Kefalonia to Zakynthos. During the summer, ferries routes are more than enough.

Island hopping can include more than the 7 major islands. Meganisi, Kalamos, Arkoudi, and Kastos are some of the small islands you should visit if you want to discover private beaches and enjoy more isolated Greek seas. The size of your group won’t be a problem. From a couple to a family of 4 members, to a 12-people group, you can choose a boat and set forth for the more adventurous, and exclusive, part of your summer holidays.

So, still, haven’t booked for the Ionian Islands?